A few days ago I joined a group on FaceBook started by people who went to my high school in Michigan.Â  Today I got a friend request from Lori who is the sister of someone I went to school with.Â  She lives in Jacksonville Florida (which happens to be where one of my brothers lives) and has a bar there.

I found a name (Patrick) on her friends list that turned out to be the son of someone I hung out with when we were barely past being toddlers.Â  Both our parents and grandparents lived on the same dead end street and we made our little trek over the course of the day stopping at each house for cookies.Â  By the time we got back to the first place quite a bit of time had passed so we would get cookies again.Â  It worked well for us so we kept it up until the silly grownups talked and figured our little plan out!

Patrick’s older brother is Lori’s nephew. I haven’t talked to my brother yet (I have to actually call him since he isn’t on the internet as much as I am) but it wouldn’t surprise me to find he has been to Lori’s bar or at least knows of it.

I haven’t been back to Michigan in nearly thirty years and don’t know when and if I will ever get back so these were connections that would never have happened if I hadn’t been on FaceBook.

It used to be that if you wanted to get together with friends you had to physically get in your car and all drive somewhere.Â  Now I see my kids texting on their phone while chatting online and checking email all at the same time.Â  The connections are different than face to face.Â  I still miss the nuances of tone of voice and facial expression which are the things that give us emotional cues and smiley faces while helpful do not really replace those things.Â  The upside is that there is time to think about what you are going to say and you can always back up and delete and edit before you hit the send button.Â  In real life I tend to say too many words and not say enough about what I’m really thinking.

Will relationships in the future change because of this way that we communicate now?Â  In the last few months many of my friends have appeared on FaceBook.Â  This used to be the almost exclusive venue of the younger crowd but there are a lot of usÂ  more “mature” folks showing up.Â  There are groups for everything you can think of and places like FaceBook give us a place to “play” without clogging up our inboxes.Â  It also becomes a tool for communicating with groups and I can already see several of my groups overlapping with others.

The world becomes smaller in some ways but if we can connect so easily on the net, will face to face connections happen less?Â  When I was growing up my mother communicated with her family through letters on a regular basis and the rare phone call. We alternated years visiting. Gas prices and phone bills dictated how often and in what way you connected.Â  With the present economy concerns, will sites like FaceBook and Twitter become the new letter?Â  Instead of traveling to visit, will we meet as a group online?Â  We already have the capability to video chat and most computers now come with webcams.Â  We can easily create online presentations with pics of the kids and create an audio file to go along with it so grandparents can see and hear the grandkids.

Interesting things to think about.Â  Do you think we are more or less connected to people because of the internet?Â  Do you have a special way you connect using the internet? Has FaceBook ever surprised you? 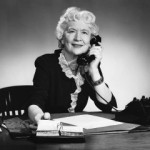 1 thought on “Six Degrees of Separation”