A Triolet is a poetic form consisting of only 8 lines. Within a Triolet, the 1st, 4th, and 7th lines repeat, and the 2nd and 8th lines do as well. The rhyme scheme is simple: ABaAabAB, capital letters representing the repeated lines. 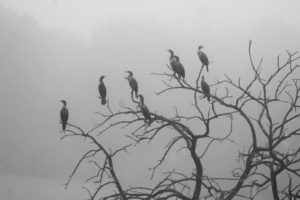 a silence deep and calm

even wings are stilled

and in the waiting weighting

stillness soft but heavy too

a time to sit and watch

cling to branch and to each other

time will pass and darkness to

so peace and flight will come again

I had so many dark thoughts about the past year and not a lot of positive for the next. I was prepared to write a ranting post about the horrible state of the world and then….I read several things written by folks much smarted than I am. For instance:

“Speaking of the happy new year, I wonder if any year ever had less chance of being happy. It’s as though the whole race were indulging in a kind of species introversion — as though we looked inward on our neuroses. And the thing we see isn’t very pretty… So we go into this happy new year, knowing that our species has learned nothing, can, as a race, learn nothing — that the experience of ten thousand years has made no impression on the instincts of the million years that preceded.” John Steinbeck January 1, 1941

It would seem that as bad as things seem, they come in cycles so in the words of Bette Davis “Fasten your seatbelts, it’s going to be a bumpy night.” I’m going to hang on and hope to ride it out until the wheel turns.

as long as there are poets

and stars up in the sky

then hope will fling the sweetest words

to float above us high
as long as there are singers

the band will surely play

marry the two, the singer the song

and feet to tap the time

to travel the world on a single floor

movement synced with rhyme
as long as there are painters

to mirror color and line

reflect the hope, the world goes on

with brushstroke, broad and fine
as long as there’s a speck of God

in every living soul

to reach across a chasm deep

to hold, to soothe, extend to shake

all will sing and move and say

and when we’re gone the song goes on

When Mary rocked her baby boy

She dozed as mothers do

and as she slept she dreamed

a dream of me and you

For in her arms a baby slept

but there was more she held

for on this night all round her

In Mary’s  arms the world did rest

each soul who breathed and died

Mary rocked the world that night

all the way to God’s side

For every tender kiss and touch

This baby born to live and die

To make each of us new

braced for a final fall

last dance before the earth swallows their life

to give back to next years new growth

pulse slowed to the rhythm of seasons

give way to slumber

as though winter wins the battle

as though the fight does not go on

frost will come over and over again

but roots will hold trees in place

waiting for the first drops

as light and life triumph

the bright gold a promise

that is always, always kept 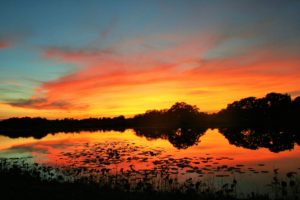 The sun, she doesn’t hide from sight

even the clouds can’t keep her light

from painting a fading sky

Even the waters sing her chorus

knowing that dark is nigh

even the trees give rest

and the birds do cease to fly

and still the sun keeps dancing

she says “it matters! Look and see!”

“Dance the music plays for free!”

And even as the last notes played

and though the dark will come too soon 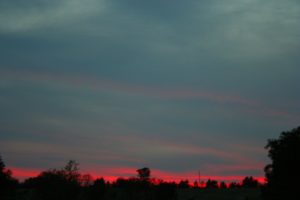 where I lay my head

as night shakes out

calming all the babies

nested in the darkest leaves

from top to trunk

rooted in the bed of earth

As I walk through the world
I wonder what is my purpose,
my reason, my work
Fears and worries chase me
like a million bees buzzing in my ears
but the sun reminds me that I will be warm
The pond reflects the peace
that grows in the trees and the grass
The bird stands guard
proclaiming nothing and everything
In the silence

My work was selected for part of an exhibit and publication! 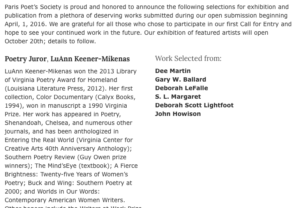 I was honored to present this at church. After torturing my husband with practicing all week I was able to do it without reading every word. The news has been so bad lately, it makes you question everything and this was my way of trying to figure things out.

What are we to do when evil
drops in and curls up on the sofa,
whispers to us from the tv,
tickles the back of the throat as we watch
another fatherless child weep?
Will we see Jesus as we stumble
along this dry and dusty road
filled with funerals and rage?
There is no room for both love and hate.
One will always push the other off the cliff
and in the falling we close our eyes
so heaven is no more in our sight.
How we see becomes what we do.
Did God know when he took clay and formed it
in His image
how we would refuse to see Him in each other?
We cannot fall so far
that grace cannot catch us by surprise
and place us back in green pastures.
Dissension can never yell so loud
that it drowns out the bird’s song.
God waits while we struggle,
ready to
give us back the gifts made for us,
give us back the work prepared for us,
give us back the part of us that is like Him.
So, while evil sits on the sofa
let us do what makes us who we should be.
Feed the hungry, heal the sick, console the bereft.
Let’s turn our backs on the thief of joy.
Sooth the tickle at the back of the throat
with living water.
Weep with the fatherless
and be Jesus on the dusty road
for those who need Him most.
There is no law against these things
and they will give us back so much more than they cost.
We will be salt.
We will be light.
We will see grace.

I am so guilty
of overthinking, overclocking, over-reacting
to it all and now I am tired and wired and
seeing that all are not good and will not be okay
and as sad as it is I will not be rushed
or crushed or brushed under the rug
stepped on like a bug, I lugged this carcass
miles and while it may have been a need
once upon a heavy time I let it go and silently
clap
in time with the breeze that carries it and me
above the storm and change, my range a new norm
a piece of peace to call I own it now
just like that guilt, the silt left by the storm, the flood
the murky mud of letting loose the noose no longer
choking off the quiet till like dandelion ghost I float
and in the invisible become seen and heard
where it matters 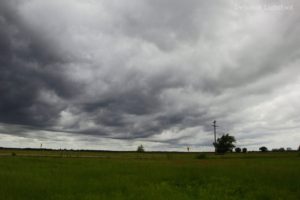 Thank you Deborah for inspiration. 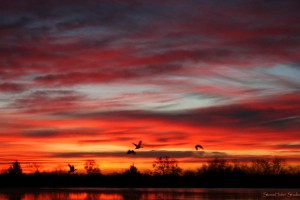 with ebon wings and gentle brush

a softer blend that builds and builds

till sun flings up a brighter hue

and when the color catches fire

takes flight no more to tire

soars high above the trees

they say the wind upholds their wings

but I would say it’s light

to rise above a silent pond

and join the morning flight 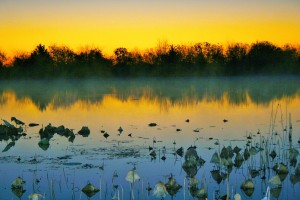 don’t fear the dark
everything must sleep
every living thing
does the sky not tell you?
Do the shadows not close your eyes?
Let the sound of the water
sing a lullaby
let the soft breeze rock
your tired bones
all must nestle down and
curl around the earth
for warmth and peace 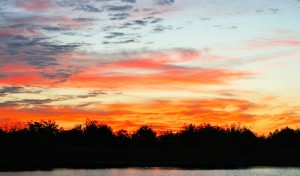 is blowing in on fall winds

as trees raise a new day from the cold ashes.