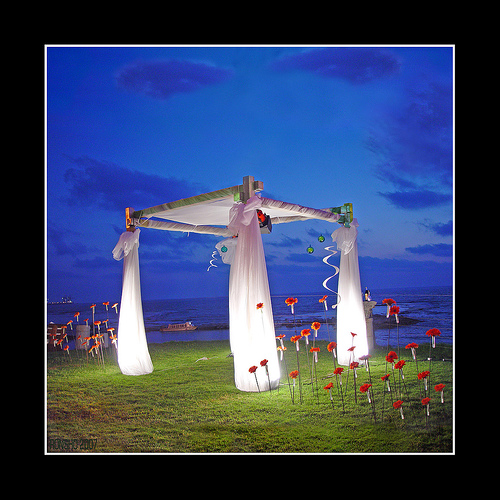 They wrote their own vows as was the fashion just then.Â  He would love her forever.Â  she would cherish him always.Â  He would take care of her.Â  She would love and support him.Â  Who knew how long forever would seem.

There were promises and vows that she made to herself.Â  Vows that promised she would not live her entire life with this misery.Â  He never understood her, never tried.Â  She was tired of his harping about money, the house, the kids, couldn’t she do anything right?

She took her vows and went into the cloistered life.Â  She never wanted to end up like her mother, sad, bitter, disappointed in the world and old before her time.Â  She would never depend on man for her life, love, fulfillment.Â  She had a better way.

He vowed if he ever got out of this cell he would get clean and go see his dad.Â  He vowed on his mother’s grave that he would make things different, better.Â  He would marry the girl, get a job, buy a home.Â  He would join the world.